Are Tax rises on the horizon? 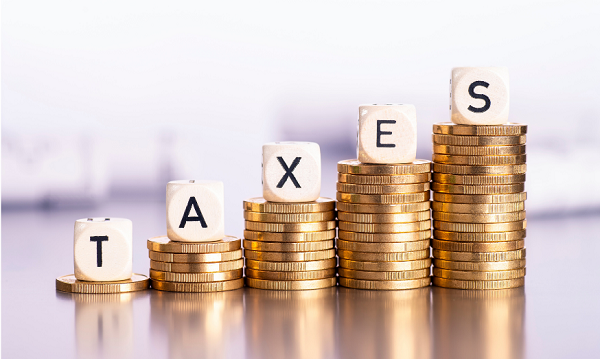 It has been widely reported that, in order to pay for the support provided during the lockdown, taxes will need to rise. This is no major surprise, after all, there is no magic money tree, and the support must be paid for.

The issues that the Government face are complex and varied – on the one hand they have high national debt that needs to be repaid and on the other, a struggling economy with a 20% drop in GDP and low consumer confidence. Tax rises at this point could push us further into recession. Like pouring weed killer on the green shoots of recovery.

The Government also face issues from their own party who realise how unpopular tax rises would be, breaking the Governments much-lauded triple lock on taxes.

So, Rishi Sunak is stuck between a rock and a hard place when it comes to tax rises.

When will tax rises take place?

However, in the autumn budget (usually taking place in Oct or Nov) the chancellor is expected to announce medium-term tax rises.

Which taxes will rise?

Corporation Tax – The current rate of 19% is one of the lowest in Europe (Ireland aside). The chancellor will want to remain competitive with Europe, but with Germany at 29.8%, France at 34.3% and Spain at 25% there is wriggle room for him to raise Corporation Tax and stay competitive post Brexit.

Capital Gains – The rates of Capital Gains Tax are relatively low when compared to Income Tax. So, raising this tax looks almost inevitable. A reduction in the annual tax-free allowance, a rise in tax rates or even a reduction in reliefs could all be possible. The most generous relief – Principle Primary Residence relief – which makes the sale of your own home capital gains tax-free, could be scrapped altogether.

VAT – I would have thought an increase in VAT is unlikely given that its already 20% for most businesses. One thing that seems to be always talked about is lowering the VAT threshold from £85K to £0. However, again this seems unlikely.

Fuel Duty – Rumoured to be rising by as much as 5p; this has widely been dismissed as a huge increase in fuel duty seems unlikely.

Dividends – Dividends are taxed at a much lower rate than income tax, and there is no National Insurance on dividends paid. This seems like a huge loophole just asking to be closed. So, expect some movement here – perhaps the removal of the £2,000 income allowance or an increase in the basic 7.5% tax rate.

Online Sales Tax – A potential new tax designed to level the playing field between bricks and mortar shops and the likes of Amazon, the speculation is that this will be around 2% of sales. Given the buoyancy of the online marketplace, this looks likely.

Income Tax – A recent survey by investment fund AJ Bell revealed that 77 per cent of people were willing to pay more income tax to help the country recover.

However, if this was aimed at lower earners, then this would go against the Government’s policy. So, if Income Tax rises are considered, it will be for higher earners.

National Insurance – Another area that seems likely is an increase in national insurance, especially for the Self-employed see below.

Self- Employment Taxes – The chancellor has already hinted at a levelling of the playing field when it comes to being employed or self-employed. Self-employed people pay the same rates of tax but pay tax on their profits rather than total income. This means they do end up paying less tax because of allowable deductions.

The announcements in the autumn budget are uncertain but what is guaranteed is that we are in for a rocky road in the next couple of years and tax rises are almost inevitable.

Whatever the autumn budget brings, we will be here to support you by making sure that you are not overpaying your tax. Contact us for more information.