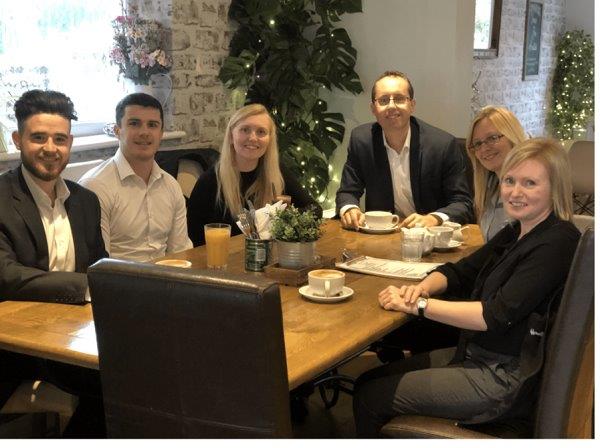 To celebrate International Coffee Day, we went to see our Clients Julie and Tania at The Cavendish Coffee shop in Bearsted. The Cavendish not only serves excellent coffee but also amazing food.

I am sure you will agree there’s nothing better than having a fresh cup of coffee on a cold morning, but now you can feel less guilty as it’s been proven that there are some helpful benefits to coffee, in this blog I will go through some of them.

Korean researchers have carried out a study that has found that moderate consumption of coffee can decrease the risk of heart disease. The participants who consumed 3 to 5 cups of coffee a day were less likely to show the beginning signs of heart disease. A study from BHF  has confirmed that coffee doesn’t cause hardening of the arteries even among consumers drink over twenty-five cups a day.

Research has also found that people that consumed more than your average amount of coffee a day had a 22% lower risk of diabetes. This is due to the benefits of caffeine in the coffee. As well as lowering the risk of type 2 diabetes, this method may also help people who already live with type two diabetes.

There is considerable evidence that caffeine may protect against Alzheimer’s disease. Research has found that people that did not develop dementia had twice as much caffeine in their blood as those who had dementia. There is, however, no definitive link that caffeine was the reasoning of the consumers not getting dementia.

Another study conducted by the Japanese has found that the consumption of coffee can benefit the symptoms of depression. The study has found that coffee contains a variety of acids that intern help reduce the inflammation of nerve cells that occur when someone is suffering from depression. In conclusion, when coffee is present, it has a shielding effect against depression.

The NHS suggests that coffee is a great way of taking the pain out of the exercise. If you carry out the high-intensity exercise, then the best way to not get that awful body ache afterwards is to drink a cup of coffee before the workout.

Although all these health benefits of coffee sound great, those that drink coffee in excessive amount may experience negative effects because of the large amounts of caffeine they are consuming.

If you are someone that consumes a large amount of coffee, you may benefit from a caffeine detox to reset your caffeine tolerance to more moderate levels. It’s all about moderation typically 2-3 cups a day, to get the coffee health benefits but avoid the negative issues associated with too much caffeine.